Contact us today for a free consultation. (330) 601-0101|attorneys@brown-law-office.com
Attorneys uttski17 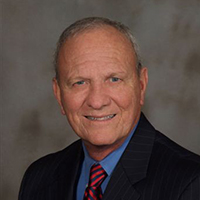 A native of Cuyahoga County, Rob graduated from the The Ohio State University with a degree in English. After graduating from the Toledo School of Law, Rob engaged in the general practice of law prior to serving as an assistant prosecutor in Wayne County.In 1986, Rob was elected to the Wayne County Common Pleas Court, where he served as a Common Pleas Judge for 24 years before retiring in 2010. 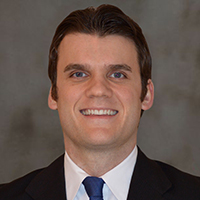 Patrick L. Brown is a trial attorney with an emphasis in the areas of criminal defense and personal injury, and is knowledgeable in many other areas of the law as well.

While in law school, Pat assisted with the Ohio Innocence Project’s evidence reform initiative and externed for the Honorable David L. Bunning of the U.S. District Court for the Eastern District of Kentucky and the U.S. Attorney’s Office for the Southern District of Ohio.

After achieving an overall 100th percentile score on the July 2010 Ohio Bar Examination, Pat began his legal career representing clients in the greater Cincinnati area in the areas of criminal defense and domestic relations, establishing a successful trial record in the process. He handled cases ranging from homicide to basic divorces, including numerous high profile criminal cases.  Pat then practiced complex environmental litigation before moving back to Wooster to build a law practice.

Pat has developed a reputation as one of the best trial attorneys under the age of 40 in the state of Ohio, and has become a premier appellate attorney as well.  Pat has achieved remarkable results in cases that are tried to juries, winning a significant majority of those cases.  He has been particularly successful in the most consequential cases, winning high stakes civil and criminal cases tried to Common Pleas juries and judges and obtaining significant settlements for clients, including one of the largest probate litigation settlements in Wayne County history.  He has also obtained full or partial victories in a significant percentage of the appeals he has handled, including setting landmark precedents in the Ninth District Court of Appeals.